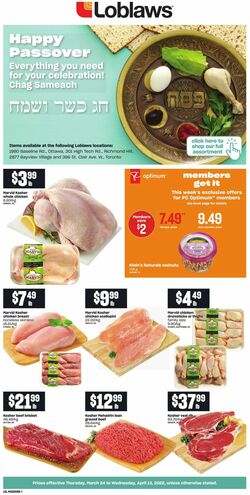 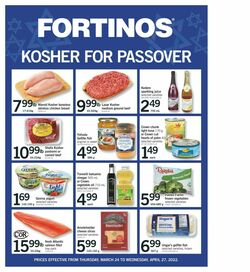 What is the original meaning of Passover?

The original meaning of Passover is Pesach, according to the Hebrew language and biblical records. Passover is a Christian and Judaism commemoration of God’s “passing over” the houses of Israelites in Egypt. According to Exodus 12, God punished the Egyptians and their Pharaoh for their dehumanization of the exiled and enslaved Israelites by killing the first males of every living thing in Egypt, both humans and animals. So, both the Old and New Testament interpret Passover as a commemoration of God’s sacrifice and salvation for his people

According to Hebrew history, the miraculous Passover occurred on the night of the fourteenth of the Hebrew month of Nisan. This year, Passover commences on the evening of Friday, April 15, 2022, and ends on the evening of Saturday, April 23, 2022. It’s generally an eight days religious celebration though there may be a difference of one day across different religions. In Israel, Passover is celebrated for seven days instead of eight days observed in Canada.

How is Passover celebrated?

Jewish and Christian Canadians celebrate Passover by gathering in religious and family meetings and sharing foods and gifts. It’s a solemn period, yet a moment that fills the congregants with a sense of freedom and liberation. Most families spice the Passover season by recollecting the stories of Israel's sojourn in Egypt and God’s miraculous salvation when He helped them to escape from Egypt. Remarkably, unleavened bread replaces ordinary bread during Passover because Exodus 12:33 - 34 narrates that God didn't want Israelites to be delayed so he ordered them to hastily pack up their bread (food) without adding yeast which would have delayed their exit.

Why is Passover on different dates?

Passover is on different dates due to its dependence on the lunar cycle. Just like Easter, the Passover feast is determined by the Hebrew calendar. Nisan begins on the night of a full moon after the northern vernal equinox, so Passover is celebrated in spring, usually from the middle of April close to Easter.  Hence in some years, the full moon may surface on different dates depending on the earth’s revolution.

What to buy for Passover?

During Passover in Canada, it’s best to buy, drink, and share milk, yogurt, eggs, orange juice, cream cheese, smoked salmon and even potato starch. You can also buy and share cocoa powder, groundnuts, and chocolate with friends and family. Some people may spend on ordering canned fish, berries, wine, and coffee depending on their budgets. Only make sure that your diet doesn't contain yeast. If not sure, confirm with your rabbi or priest.

Which stores have Passover sales?

There are lots of great shops and stores with amazing sales offers for all budgets in Canada no matter your locality. With your Google map, you can easily locate Costco, Salvo’s Gifts, Loblaw, Metro, Safeway, Walmart, FreshCo, Zehrs and many more. Depending on your province, you may find some stores with cheaper offers and more timely delivery when you place your orders online. You can start ordering now to enjoy the early birds' discounts. 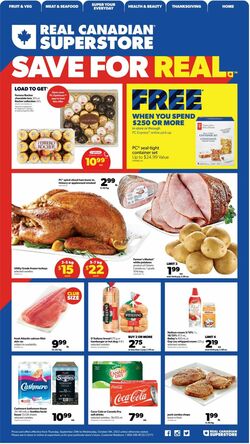 Giant Tiger - Thanksgiving Day
View flyer
Please note that product images are for illustration purposes only. Discount prices are sourced from official listed retailers. Discounts are valid from and until the listed date or until supplies are sold out. These sites are to be used for information purposes only and cannot be used to exact goods according to these specifications. Prices may vary by location.
Use of cookies

Information, including personal data, obtained in connection with the use of cookies on the Website, is processed by Waterythm Trading Limited with its registered office in Nicosia, Cyprus, Katalanoy, 1, Floor 1, flat 101, Aglantzia, 2121, Nicosia, Cyprus, with registration number 424415 as the service provider of the Website (hereinafter “Service Provider”) for the above-mentioned purposes and may also be processed by its Partners indicated in the Privacy Policy. Therefore, the user has the right to access his personal data, rectification of personal data, erasure of personal data, restriction of processing and to object to processing as well as the right to lodge a complaint to the President of the Office for Personal Data Protection. Detailed information on cookies used on the Website and other information on privacy related to the use of the Website are available in the Privacy Policy.

Cookies are IT data, in particular text files, which are stored on the user's end device and are used to manage the Website and collect information related to the use of the Website by the user. Information, including personal data, obtained in connection with the use of cookies on the Website, is processed by Waterythm Trading Limited with its registered office in Nicosia, Cyprus, Katalanoy, 1, Floor 1, flat 101, Aglantzia, 2121, Nicosia, Cyprus, with registration number 424415 as a service provider of the Website (hereinafter “Service Provider”) and may be processed by its Partners, indicated in the Privacy Policy. Detailed information on cookies used on the Website and other information on privacy related to the use of the Website are available in the Privacy Policy.

This panel allows you to adjust the choices regarding cookies that will be used on the Website by consenting to the use of cookies for specific purposes selected by the user.

By selecting the "I accept all" option, you consent to the use of all cookies on the Website by Service Provider and its Partners, indicated in the Privacy Policy, for all purposes indicated below. Expressing consent is voluntary.

These cookies are used for marketing purposes such as personalizing ads and content based on your interests, measuring ad and content performance, and getting insight into the audience that has seen the ads and content. Information collected in this way may also be sent to our partners with whom we cooperate, if the user agrees.

The website uses cookies to optimize the services it offers. These files are sent by the server to the web browser when visiting our website and stored there. This allows for greater convenience when using the website. The information derived from cookies may be used by the website for the following purposes: understanding traffic, providing personalized advertising or storing preferences, habits and other benefits to provide you with the best experience while browsing our website. Cookies remain in your browser even after you leave our site. Cookies are completely safe for your device.
Since we value the right to privacy, we give you the option to block certain types of cookies by clicking on the appropriate section. After changing the predefined cookie settings, the functionality may be limited, or some options on our website may be disabled, which in turn will affect the comfort of using it.
By visiting our website with cookies enabled, you accept our cookie policy.

They allow us to tailor our ads to your preferences. The data collected by our partners allow for personalization and measurement of satisfaction resulting from displayed ads.
Disabling marketing cookies will not disable advertising on the site. This action will only affect the content of the ads, which may degrade the user experience while using the website.
You can change your decision regarding marketing cookies at any time. Ads will not match your preferences. Cookies will be used but not for personalization.